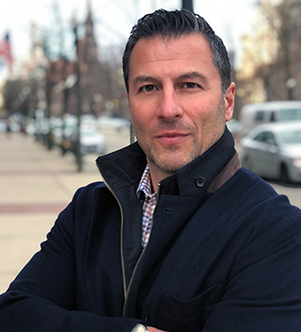 Greg has a long history of executive management. After earning his degree in Communications he began his career as a media account executive. After successfully rising through the management ranks in the broadcasting industry Greg set his sights on media ownership. He was funded by a number of respected private equity firms and began acquiring radio stations. He led the due diligence and valuation of assets, and orchestrated a leveraged buyout. While serving as CEO of the broadcast entities he was also responsible for the regulatory compliance of all media licenses.

Previous options for financial advisor marketing left something to be desired, and that’s where Lone Beacon stepped in. Greg Dinetz along with John Capuano had a wild vision, to lead the industry in digital marketing. They set out to create a sales & marketing company dedicated to the independent financial advisor, helping to generate leads and close business. Last year alone, their company generated Over $1 Billion in Leads by creating integrated campaigns.

Here’s What Our Clients Say

“Lone Beacon goes well beyond anything I’ve ever encountered at a typical FMO or any other marketing company. They are true marketing experts who back everything up with real strategy that produces real results. With their digital database marketing, I’m always open for business regardless of the time or day of the week. The other weekend we took in $7 Million Dollars of Qualified Leads with their digital campaign while I was enjoying time with my family.”

“In the first 4 days our new site has generated 52 leads, 23 of them are of high net worth and 8 have requested free reviews. I’ve worked with The Lone Beacon team to rebuild three websites and they’ve been incredibly impressive. Their understanding of the digital space, design and website construction as well as SEO and SEM has already rewarded us with great dividends. I highly recommend them.”

“The support we get from the Lone Beacon staff is tremendous. Since partnering with them, their media and marketing know-how has helped us to continue to grow our business every year.”

“Lone Beacon has become an invaluable partner to us. Their relentless pursuit to improve results coupled with their deep understanding of the rapidly changing media landscape has helped our efforts tremendously.”